In order to understand the cause of a conflict, looking into its roots is a must. One of the theories that talks about this is the sense of social, or ethnic belonging. I am going to try and place this theory in the context of the Iraqi conflict and look at how people dress a certain way to fit in.

Iraq is a multi-ethnic and multi-religious country. All these people living together is not an easy task for any of its ethnicities, religions and cultures. People belonging to a certain group try to do whatever necessary to belong to that group and to gain power. Aside from occasional international and neighbouring interventions, most of the time, these groups rely on their own strength.

Therefore, during the historical formation of a group, sector, or class an act of vicious violence can come about because of the tension between different identities and groups.

In Iraq, there are two main ethnic groups, Kurds and Arabs, as well as others smaller ones like Assyrians, Turkmen, Shabakis, and few more. There are also different religions like Islam – with its two schools Sunni and Shiite – Christianity, Yazidi to mention only a few. Oh, and they all have their own languages. So, how can all these identities live together in peace if everyone wants to be in power or be heard?

In our daily lives, our identity is expressed through the way we dress. In Northern Iraq – Kurdistan Region for example, local men wear baggy trousers with a loose top, better known Kurtak and Sharwal. This helps them to move more easily through the mountainous regions. However, in the southern region, the local men wear long white traditional dresses with scarfs, known as Dishdasha, to protect them from the hot, sandy climate. The difference in cultures and identities is expressed in the way its people dress.

However, personally, I have always liked, and still do, wearing different outfits. I never wanted to look like other people, I have always wanted to be seen and noticed. When I was at high school, the uniform was to wear white shirt with gray pants. We had a neighbour who was living in Sweden around that time and they used to come and bring gifts. There was that checked white shirt which had light green and yellow lines on it which was gifted to my father. I made sure I get it before my mother hid it for my dad for a special occasion.

Below are some pictures taken on a beautiful sunny Saturday. I am wearing a shirt designed by an Iraqi designer whose inspiration comes from Iraqi Dishdasha and it has that modern feel to it while keeping with the tradition. The trousers is not Iraqi or Kurdish, but the scarf that I am wearing is from Kurdistan Region. In Kurdistan Region the men put long scarfs around the waist to keep their tools when they work in the farm or when they go on the mountains. I tried to mix both cultures to show that they can work they can work together really well, at least with my fashion sense I believe. I am in love with the print – called Hawri it just has this tribal design to it and it’s just so simple but rich at the time. 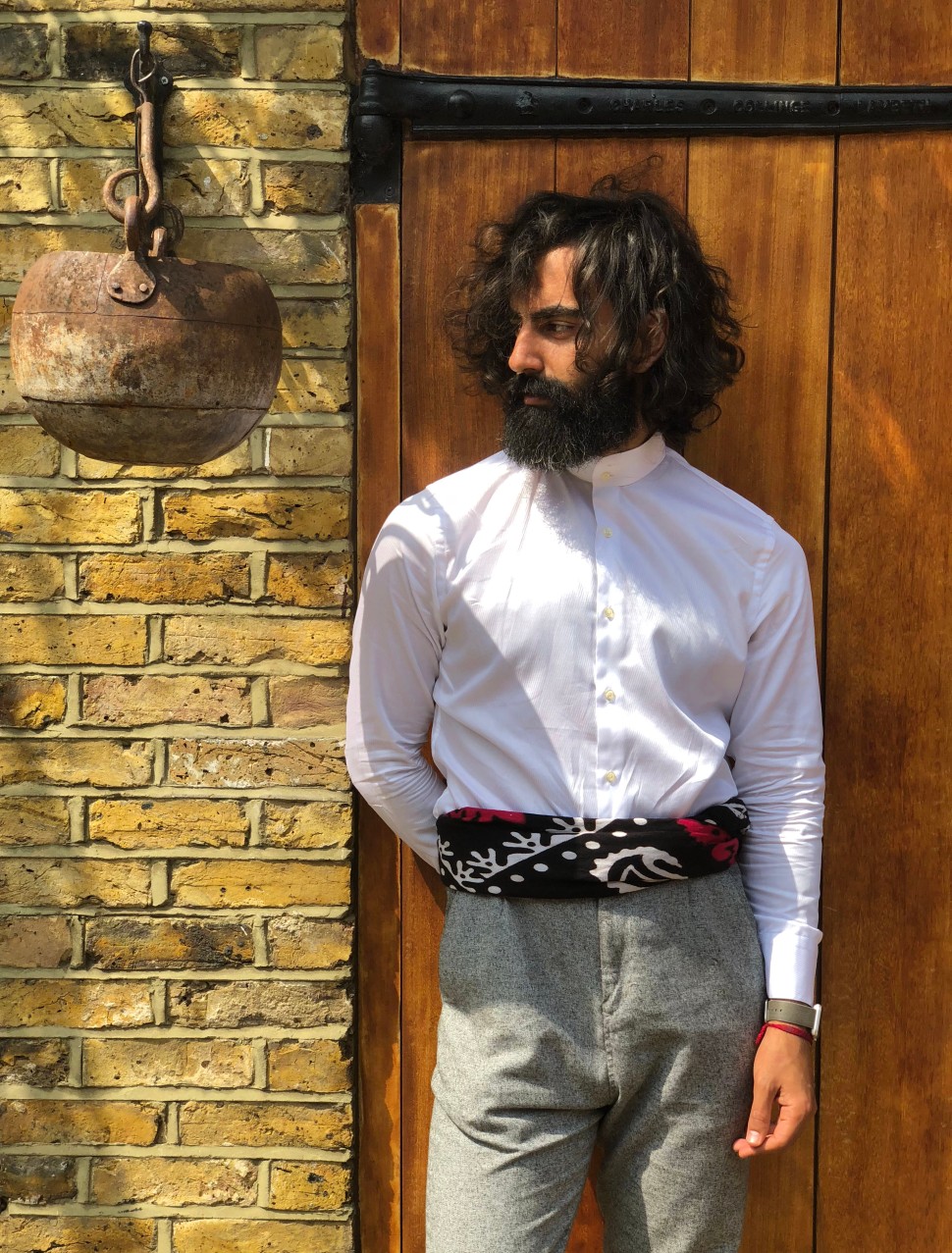 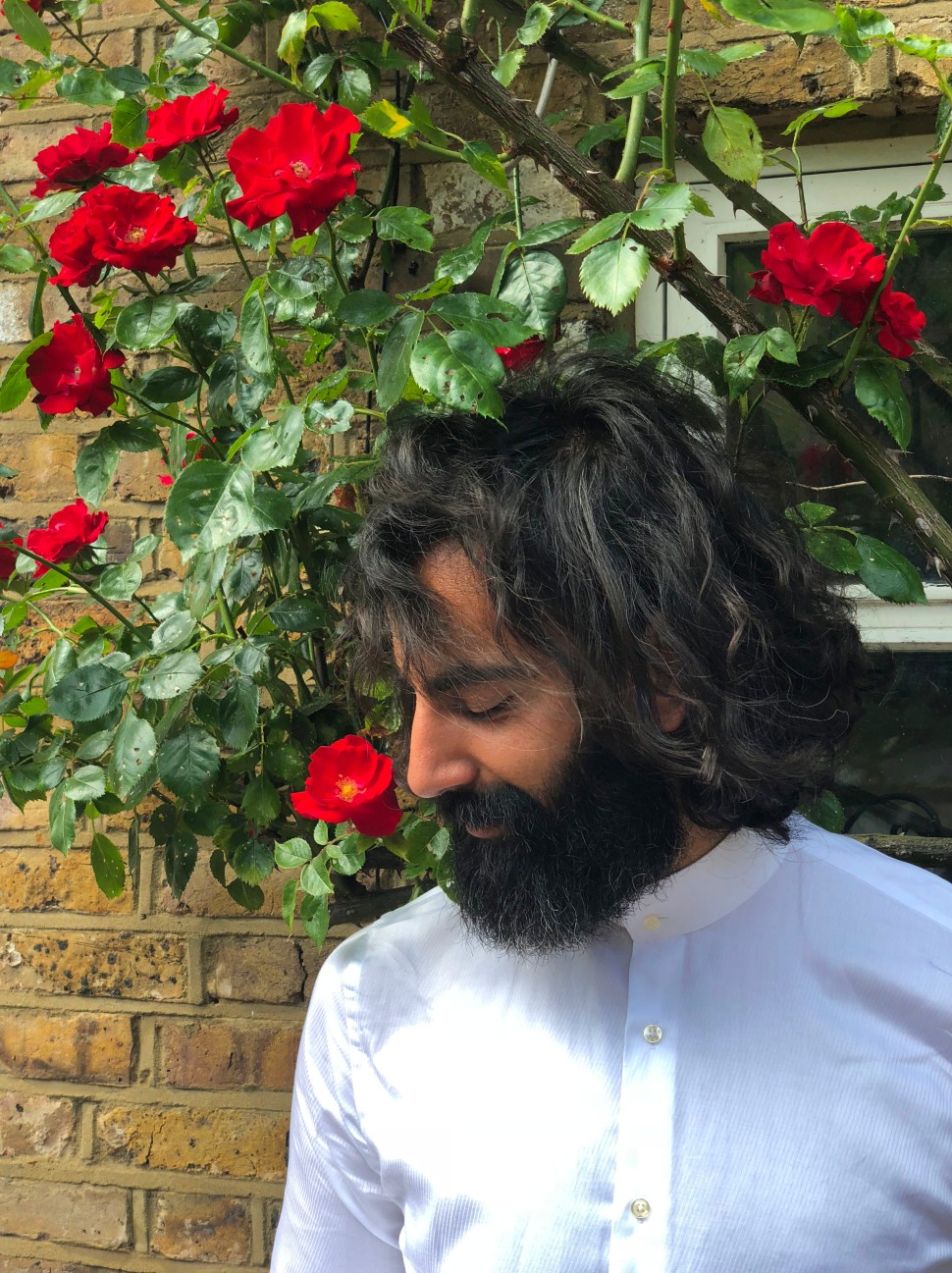 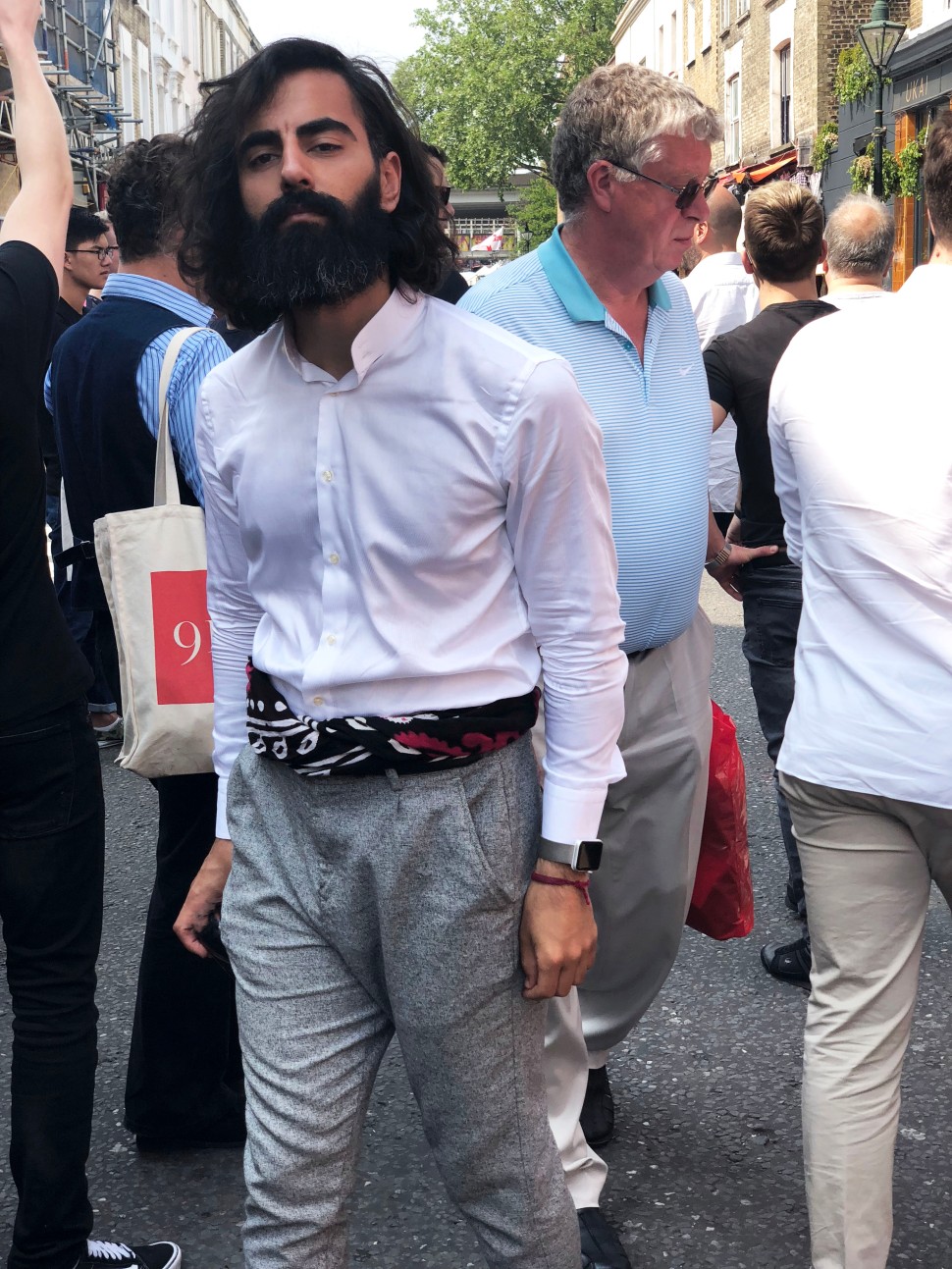